Trump launched a big tech investigation. While no companies are named, any investigation will inevitably touch on Amazon, Facebook, Google and Apple.

Big tech’s time of reckoning looks to be drawing closer with the wheels turning on two potentially seismic US antitrust investigations into Google and Amazon.

WASHINGTON — The federal government is stepping up its scrutiny of the world’s biggest tech companies, leaving them vulnerable to new rules and federal lawsuits. Regulators are divvying up antitrust oversight of the Silicon Valley giants and lawmakers are investigating whether they have stifled competition and hurt consumers.

After a spate of unusual negotiations, the Justice Department has agreed to handle potential antitrust investigations related to Apple and Google, while the Federal Trade Commission will take on Facebook and Amazon.

Lawmakers in the House said on Monday that they were looking into the tech giants’ possible anti-competitive behavior. That could lead to the first overhaul of antitrust rules in many decades, an effort to keep up with an industry that didn’t exist when antitrust laws were written.

This weekend, two reports surfaced about Washington edging closer to a showdown with the tech giants. The Wall Street Journal reported on Friday that the Department of Justice is readying an antitrust investigation into Google.

The Washington Post then reported on Saturday that, in sorting out the details for the Google antitrust probe, the DOJ had agreed with the Federal Trade Commission that Google would be its territory, while the FTC would focus on Amazon.

Monday’s announcement that the House Judiciary Committee will conduct a “top-to-bottom” investigation into Facebook, Google and other tech giants over antitrust issues is the latest headache for Silicon Valley.

“Unwarranted, concentrated economic power in the hands of a few is dangerous to democracy – especially when digital platforms control content,” House Speaker Nancy Pelosi, D-Calif., tweeted Monday. “The era of self-regulation is over.”

The committee said it is concerned that a handful of companies wield “extraordinary power over commerce, communication, and information online,” and have claimed an unfair competitive advantage in the market.

“After four decades of weak antitrust enforcement and judicial hostility to antitrust cases, it is vital for Congress to step in to determine whether existing laws are adequate to tackle abusive conduct by platform gatekeepers or if we need new legislation,” Cicilline said,

News of the congressional actions comes as Big Tech faces scrutiny from other federal corners.

The winds are in his favour, with an appetite on both sides of the political aisle for reining in big tech.

SOLUTION: The Application was Unable to Start Correctly (0xc000007b) 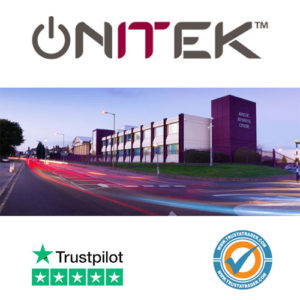